The Economist: Food, Fashion and Faith

Note: Please see the update below.

The Economist, in this week's issue (2 August 2007), has a small article about how various companies around the world are beginning to reach out to Muslim consumers, especially in the West. 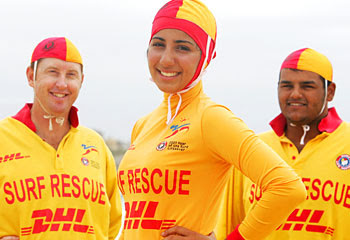 Marketers and self-proclaimed trendspotters in the Western world love slicing and segmenting consumers into an ever larger number of categories. They created the teenager, the yuppie, the baby boomer, the singleton and the metrosexual. For all of them they invented “needs” that could, inevitably, be met by whatever product they happened to be promoting. Yet to this day they tend to tiptoe around Muslims as a distinct market segment. Although they have settled into a fairly comfortable relationship with Jews and Christians whose cultures they feel they know and understand, the cultural divide with the Muslim world seems to be too daunting.

But a new study by JWT, an advertising agency, points out that the 6m or so Muslims in America are, on average, richer and better educated than the general population. Two-thirds of Muslim households make more than $50,000 a year and a quarter earn over $100,000; the national average is $42,000. Two-thirds of American Muslims have a college degree, compared with less than half of the general population. Muslim families also tend to have more children. So the perception that marketing specifically to Muslims is not worthwhile would appear to be wrong.

According to JWT food, finance and packaged goods are the three consumer markets most affected by Islamic law. The global halal market is worth some $580 billion annually. In America an estimated 16% of sales in the $100 billion kosher industry comes from Muslims who lack adequate halal options. Manischewitz, the leading maker of kosher foods, has already spotted an opportunity. Last year it launched its first campaign under the theme “Simply Manischewitz” designed to reach out beyond Jewish customers.

Muslim-owned consumer-goods companies are also beginning to tap the Muslim market in the West. Since January the Burqini — a full-coverage swimsuit made by Ahiida, whose founder is a Lebanese immigrant in Australia—has been sold internationally, mainly online. As the name implies, the polyester suits are a cross between a burqa and a bikini, and are designed in accordance with Islamic law requiring women to dress modestly.

Similarly NewBoy Toys, a Syrian firm, has created Fulla as an alternative to the blonde, big-breasted Barbie doll made by Mattel, an American toymaker. Fulla has dark hair, brown eyes and a small chest, and wears a white headscarf and a coat. Unlike Barbie, Fulla does not have a boyfriend or a job, say her makers. She spends her time cooking, reading and praying.

Big Western companies have also started to reach out to Muslim consumers, albeit slowly. In April McDonald's, the biggest American chain of fast-food restaurants, began serving halal Chicken McNuggets and other food items permissible under Islamic law for a trial period at a restaurant in Southall, in west London. The firm is treading carefully: the new offerings are not advertised beyond the walls of the restaurant. Yet demand is strong, sales are increasing, and McDonald's is thinking about extending the experiment.

Such companies are also trying to be more sensitive and inclusive in their approach to Muslims. Each year Coca-Cola, the biggest maker of soft drinks, runs a series of marketing initiatives focused on charity and tolerance during the Muslim holy month of Ramadan. An ad based on the concept of sharing food during iftar, the fast-breaking meal after sunset, is especially popular. Yet Coke is not adapting its global brands to Muslim consumers. “We don't segment our consumers based on religion,” says a spokesman for the firm.

Update: Amir at Austrolabe has written about this same article and asked the following:

In Australia and, to a lesser extent, the United Kingdom, the Muslim community is not necessarily known for its comparative wealth or relatively better education. So what makes the American Muslim community so different? Is it that American immigration policy has favoured the educated and affluent from the Muslim world or is there something intrinsic to the American system that has led to this?

This is most of my comment answering his questions:

Yes, I believe US immigration policy has primarily created this difference. Professionals, of course, are going to get preferential treatment in being allowed to live in the US (or any other country, for that matter), and with a large immigrant community (about 50% of the US Muslim population), I think that has largely skewed the results.

However, I also think there's one other factor that influences the higher income, and that's a large number of IT pros in the American Muslim community. I think a lot of American Muslims, in trying to avoid haram occupations, have moved into IT, which frequently pays higher wages than other occupations. That, too, has helped skew the results.

Are American Muslims on average religous?

In my experience, Muslims worldwide (including American Muslims) tend to be fairly religious to quite religious. If we used a 5-point scale where 1 is not religious and 5 is very religious, I'd say most Muslims I've met around the world tend toward the 4 and 5 marks.