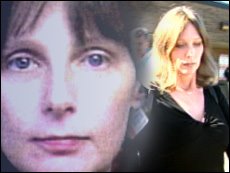 The following is a timeline that I've been writing up for the Lisa Lynnette Clark scandal. Many people have come to my blog over the past few months looking for information on this topic, and I'm trying to provide an outline that lists all of the various events that have happened to date, based on numerous news reports found on the web. At this point, the months of February and March are best documented; insha'allah, I'll try to fill in January 2006 and earlier later. If there are any mistakes (particularly in dates), I'd like to ask my readers to help correct me.


November 2005 - Clark and a 15-year-old boy are wed in a judge's driveway in Forsyth County, Georgia. She is arrested shortly afterwards, and is released on a $10,000 bond on condition that she not contact the boy, "A.S.G." Clark has two sons from a prior relationship.

January 2006 - "A.S.G.," the 15-year-old married to Lisa Lynnette Clark, runs away from a state-run juvenile home where he was sent for violating probation, a sentence that stemmed from a burglary arrest in 2005. Authorities believe Clark had talked to the boy while he was in the group home, helping him to plan his escape. Clark also arranged his transportation to a bus station and found him a place to stay in Ashtabula, Ohio, near Cleveland, through friends, who were unaware that the boy was a runaway. Clark had sent a large amount of money and a pre-paid cellphone from a UPS store in Douglasville, Georgia so that the two could communicate. That package led authorities to find A.S.G.

Feb. 1, 2006 - Clark is arrested in Douglasville after authorities say she contacted the boy, who had fled a juvenile care center and was later caught in Astabula, Ohio. Clark was next charged with hindering the apprehension of an escaped child in Douglas County and transferred to the Hall County Detention Center. If convicted, the sentence carries a maximum of five years imprisonment.

Feb. 11, 2006 - Lisa Clark gives birth Saturday night to Sky Cobain Gonzales, a seven-pound, nine-ounce boy with sandy blonde hair at the Northeast Georgia Medical Center in Gainesville, Ga. Her labor did not last long. Sammons, Clark's court-appointed defense attorney, said his client hopes the baby will be turned over to the care of a friend. "Hopefully, if the paperwork can be processed, there's going to be temporary guardianship of the child delivered to a friend of hers,” he said.

Feb. 23, 2006 - A bill in response to the Lisa Lynnette Clark scandal, sponsored by Rep. Bobby Franklin (R-Marietta), passed the Georgia state House of Representatives, 142-27. The bill would require 16- and 17-year olds to get parental consent in order to marry; children under that age would require approval from the courts. The bill had strong backing from both Republicans and Democrats. The bill is in response to a 1962 law that allows children under the minimum age of 16 to get married without parental consent if a pregnancy is involved. Georgia is one of few states with such an exception. Many Georgia lawmakers didn’t know the exception even existed. It was approved to prevent out-of-wedlock births by making it easy for anyone pregnant to get married. 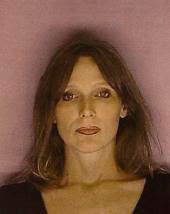 Feb. 24, 2006 - Clark pleads not guilty to charges of statutory rape, child molestation, and enticing a minor for indecent purposes. Clark requests, through defense attorney Dan Sammons, that the hospital bracelet for Clark's newborn be given to the teenage boy. Judge Bonnie Oliver denied the request, saying that to do so would violate a condition that prohibits Clark from having any contact with her teenage husband, and asks Sammons to keep custody of the bracelet for the time being.

Mar. 15, 2006 - Clark pleads guilty to statutory rape in exchange for all other charges against her, including child molestation, to be dropped. She will serve a total of nine months in jail, including time already served (currently about six weeks), plus she has to get counseling, register as a sex offender and have no contact with her 15-year-old husband, at least not until he is 17. After serving her jail sentence, she will be on probation through 2010. She is also banished from Hall and Dawson Counties, and is not allowed to have any contact with any other minors, beside her own children. Clark has been sentenced as a first offender; however, should she violate any of her conditions, the judge could sentence her to 20 years imprisonment, the maximum penalty for the charge. According to Defense Attorney Dan Sammons, he spoke with the 15-year-old husband on Wednesday morning, and said that according to him, there are no plans for a divorce between the couple, despite claims to the contrary by the boy’s grandmother. The groom will be allowed to visit the baby, but not with Clark present, and he must arrange it through the Department of Family and Children’s Services (DFCS). Clark still faces felony charges in Douglas County for helping her husband escape from a state-run group home (see the Feb. 1 entry). Meanwhile, the Georgia state Senate has not yet voted on the measure passed by the state House that would bar teens under the age of 16 from getting married without juvenile court permission. 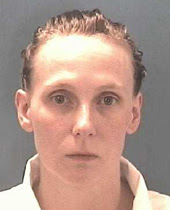 Update:
Apr. 9, 2007 - The Atlanta Journal-Constitution runs a "Whatever Happened to..." column on Lisa Lynnette Clark and the boy she molested. Clark is currently in prison serving a two-year sentence after pleading guilty to helping her teenage husband's flight out of Georgia in February 2006, and is scheduled to be released in May 2008. Her defense attorney, Daniel Sammons, said, "I don't think she's adjusting easily to prison with the isolation from her child and the stark conditions she's in." The teenage boy, who remains unnamed, is now 16-years-old, is a high school junior, and is thinking of joining the Marines after graduation from high school. His grandmother says that he is currently dating a girl near his age. Reporters were unclear whether the teen is still married to Clark. Clark's infant child, Skye Cobain Gonzalez, is now 14-months-old and is being taken care of a woman who employed Clark as a medical transcriptionist. According to the grandmother's sister, Clark's former employer is interested in having full custody of the child.

Update #2:
February 22, 2008 - News reports (see here and here) announce that Lisa Lynnette Clark is being released from prison today. She completed a two year sentence at Metro State Prison after pleading guilty to helping her husband escape from state custody.

I was thinking about this case the other day -- how Umm Zaid (correctly) pointed out that in terms of pedophilia, it's no different than an adult man preying on a fifteen year old child, but that society seems to view it with less of an "immoral" (ya haraami, as I think of it) shock. Yet, in fact, it isn't so different, is it? We like to think that boys mature faster than girls do, and/or that it's okay for a young man to have sexual experiences (and the younger the better, perhaps, after age 14 or so), but that's a societal fallacy borne out by neither biology nor psychology. And, of course, Islam, but that goes w/out saying.

i feel that skyecobain gonzalez should as well be punished due toto the fact that he knows right from wrong.HE SHOULD BE PUNISHED.IF ANYTHING MS.CLARK IS THE VICTIM.

Just to let you know, Skye Cobain Gonzalez is the baby, not the teenage husband in this case.

I am Lisa Lynnette "Clark" Gonzalez. I want to correct a few things. Adrian and I were married on 11/08/05. We were arrested on 11/09/05. I was released on bond on 11/18/05. He was released on Thanksgiving Eve 2005 to his aunt Pat who later betrayed him. Adrian escaped from the state group home on 01/27/06. The group home assistant (Mr. Lowry) gave him a 15 minute head start before calling authorities. I did not help Adrian escape. I begged him not to run because I knew he would make me a "sitting duck" with the authorities. I did not send any money through the mail. I have never sent money through the mail. The cellphone was in the name of Kareem Jackson or Demetrius Sanders. Douglas County lied and said the phone was in my name. The people in Ohio were quite aware of who Adrian was as were all of the people involved in his escape (8 people). I was the only one out of 8 charged, and I intentionally had less to do with it than anyone. We were both arrested on 02/08/06, not 02/01/06. On 02/11/06 at 03:05 p.m., Skye Cobain Gonzalez was born, not Saturday night. It was the longest and hardest labor of all of my four children. It was a VERY LONG AND EXCRUTIATINGLY PAINFUL labor and delivery. Also, my Lynnette is spelled with two n's, not one. My name is legally Lisa Lynnette Gonzalez, not clark. Thank you.

This is for the real Lisa. I hope you lose all your children. You have done this before and did not get caught. You are an attention getter and have been that way all your life. You are pregant again and know how to use birth control so why the next child.

Lisa and Adrian have another child now and her name is Star. They are doing a wonderful job of raising that baby girl. They aren't weirdos. If anyone knew them like their family and friends know them you would all realize that they are a perfectly normal married couple despite the difference in age. They are a happy family who are just trying to get by like every one else. Anyway that's all I have to say.