...these numbnuts are only the tip of the iceberg in the GOP. 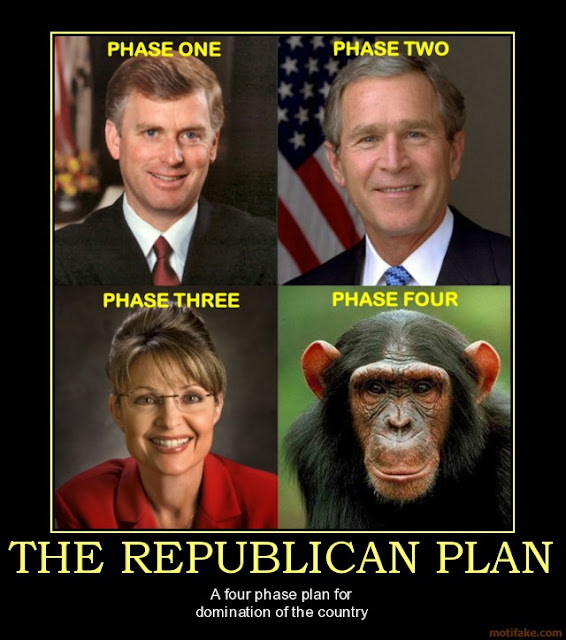 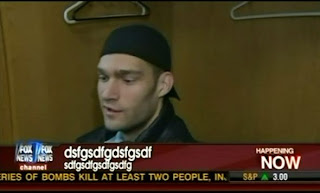 We report, you decide!

A Brief History of Pretty Much Everything

This is the second post in a series on several questions asked by the husband of one of my readers. The first post was "Human-Made" Rules in Islam. This post will focus on the husband's next comment: "Some [rules in Islam] are not necessary in this modern world."

To which I would first say that much of the next-to-last paragraph in my previous post is just as applicable here as it was before:

All these men over the centuries - the scholars, jurists and imams - who created the rules that Muslims follow, the vast majority of them have significant credentials in terms of their ability to render a judgment. To which I would ask you, what are your qualifications? Why should I trust your judgment? What do you bring to the table?

Who are you to decide which rules in Islam are necessary today and which aren't? But rather than rehash previous arguments, let's move on to some other concerns. First, we cannot just pick and choose which parts of the Qur'an and of Islam we're willing to accept and which parts we want to reject. The Qur'an says in verse 3:7:

He it is Who has sent down to thee the Book: In it are verses basic or fundamental (of established meaning); they are the foundation of the Book: others are allegorical. But those in whose hearts is perversity follow the part thereof that is allegorical, seeking discord, and searching for its hidden meanings, but no one knows its hidden meanings except God. And those who are firmly grounded in knowledge say: "We believe in the Book; the whole of it is from our Lord:" and none will grasp the Message except men of understanding.

The Qur'an is an all-or-nothing proposition: take all of it or you might as well not take any of it. The whole of the Qur'an comes from Allah (swt); if a person is truly a Muslim, he or she will reject nothing of the Qur'an, not one verse, not one word! Muslims believe that the Qur'an is for all mankind and for all time. The human condition has not changed significantly enough to justify creating innovations (bid’ah) in Islam. In fact, bid’ah is to be avoided at all costs; the Prophet (pbuh) said,

So if anyone makes an innovation or accommodates an innovator, the curse of Allah, the angels, and all persons will fall upon him, and Allah will not accept any obligatory or supererogatory act as recompense from them. (Sahih Muslim and Sunan Abu Dawud)

The Qur'an strongly chastised the Arab polytheists who created their own religious innovations. The Arabs had declared some foods to be halal when they were haram, and other foods haram when they were halal (see verses 6:40, 6: 138-39, 6:142-44, and 10:59). (The Arab polytheists then compounded the error by attributing the innovations to Allah (swt); that, at least, does not seem to be the case here.) But when the Qur'an says, This day have I perfected your religion for you, completed My favour upon you, and have chosen for you Islam as your religion (5:4), how can any Muslim possibly justify the notion that "Some [rules in Islam] are not necessary in this modern world"? Our religion has been perfected; there is no need for superfluous changes.

Modern society may be very different from Arabian society at the time of Muhammad (pbuh), but that does not justify the rejection of various rules within Islam that may seem inconvenient to the lifestyle you want to live. The most important thing one must do, if one truly desires to be a Muslim, is to embrace Islam to the fullest extent possible:

O ye who believe! Enter into Islam whole-heartedly; and follow not the footsteps of the evil one; for he is to you an avowed enemy. (2:208)

Whoever submits his whole self to God, and is a doer of good, has grasped indeed the most trustworthy hand-hold: and with God rests the End and Decision of (all) affairs. (31:22)

The best way to do that is to put aside egotistical wants and desires as much as possible and to strive to be a better Muslim. This is not easy, but it's the most important thing one can do for one's self. Remember, we all face the Day of Judgment.

To be continued, insha'allah.

Update: Several posts by other writers have come out recently that touch on the topic of this post, the false notion that "Some [rules in Islam] are not necessary in this modern world." Yursil in particular has written two very interesting posts about what he terms "Suburban Capitalist Islam," which is the notion that Islam is watered down through its use as a filter of Western culture:

The situation with Muslims today is that the West defines principles (inputs), and we get a culture out of it (western culture), and then Muslims attempt to filter the result through ‘Islam’. The problem with this approach is that Islam is not just a filter of culture. It contains within it the seeds of creating new culture. ... But if Islam remains a filter, that’s all we’ll ever get. A slightly adjusted version of a culture based on un-Islamic principles.

After reading Yursil's two posts (“Suburban Capitalist Islam” – List of Beliefs and “Suburban Capitalist Islam” – Islam is not a Filter of Western Culture) it seems to me that he and I are touching on a similar issue. In both of our posts, I think we are writing about the notion of Muslims modifying Islam to suit their secular lifestyle. Yursil's case seems to be less extreme than the situation I was presented with: in the American Islam he describes, the Muslims are not necessarily rejecting parts of the Qur'an or Islam, whereas the husband of my reader apparently is. Yursil's recommendation, to move away from Western (and Eastern) culture in favor of Islamic culture, is a step in the right direction.

I would also encourage my readers to check out Naeem's Scourge of Secular Capitalist Islam - Part 1, which was written as a response to Yursil's posts.
Posted by JDsg at 2/10/2010 01:15:00 AM 11 comments:

A long time ago, in a galaxy far, far away, giant yellow letters float off into space at the beginning of each Star Wars movie. But what ultimately happened to those letters? Thank goodness the U.S.S. Enterprise shows up to the rescue! ;) Love the last line of the vid! :) My thought exactly.