NYT: Uncle Sam is No Imam 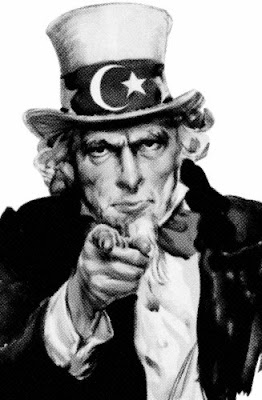 The following comes from the New York Times article, Uncle Sam is No Imam:

From a national security point of view, challenging ideas that underpin radical Islam makes sense. Counterterrorism is ultimately about ideas; why shouldn’t officials try to marginalize the theological teachings cited by violent terrorists?

The problem is that when American officials intervene in Islamic teachings — interpreting them to believers in a national-security context and saying which are or are not acceptable — they create tensions, both legal and strategic.

The strategic problem is easier to see: Is the government a credible authority on Islamic interpretation? Based on the results of comparable efforts in Britain, the answer is a resounding no. Simply put, young Muslim men in the thrall of radical teachings will not embrace a more pacific theology because the F.B.I. tells them to, any more than Catholic bishops would have yielded to Mr. Obama’s plan to mandate coverage of contraceptives at Catholic hospitals if he had invoked canon law to defend his position.

If I am right that the government is increasingly in danger of establishing an “official Islam,” a project that is at best ill-fated if not illegal...

For the most part I am in agreement with this article, but these two sections really stood out for me. Any attempt to create an "official Islam" as defined by a government is bound for failure. It's not just the idea of trying to soften the more radical teachings of Islam for young Muslims, Muslims of all ages will resist any attempt by non-Muslims, whether they are individuals or organizations, to reinterpret any aspect of Islam that is solely for the benefit of non-Muslim society.

Another key factor is the credibility of the person or group issuing the interpretation. As the author pointed out, young Muslims will not accept the FBI's interpretation of Islam; the FBI has no credibility in Islam. Muslims, by and large, never accept a non-Muslim's interpretation of Islam; non-Muslims have no credibility.* Muslims, by and large, will also not accept the interpretations of other Muslims who present minority positions and have no evidence of being a Muslim scholar (this also applies to scholars in academia who happen to be Muslim). In essence, the only interpretations Muslims as a whole will accept are those made by Muslim scholars whose work is more-or-less orthodox in interpretation. This system may not be to the liking of non-Muslims and those Muslims who wish for rapid change, but the system works well for mainstream orthodox Muslims. As the Prophet (pbuh) said, My ummah will not agree upon an error." (Sunan At-Tirmidhi, #2320; see also Sunan Abu Dawud, #4255 and Sunan Ibn Majah, #4085)

So, what is to be done? The author had some good ideas:

Countering radical religious ideology is on much more solid constitutional — and strategic — footing if the heavy lifting is done not by the government but by grass-roots organizations that are grounded in civil society or in religious communities. The government must not be heavily and directly involved.

The relationship between the national security imperative and a great religious civilization is inevitably fraught. Reconciling the two won’t be achieved by allowing officials to become more active in espousing theological alternatives to radical Islam — or in training law-enforcement and intelligence professionals with hateful caricatures of Islam. The government’s efforts ought to be guided instead by the wisdom of the First Amendment and the values that it enshrines.

-----------------
* Having said that, I have come across the works of a few non-Muslims whose understanding of Islam is very good; they do have some credibility among Muslims, although not enough to be able to present divergent interpretations that would be acceptable to Muslim society.
Posted by JDsg at 2/21/2012 09:47:00 PM No comments:

A special Watts for the recently concluded Africa Cup of Nations. Amusing. :)

This is a very short but interesting video of the Moon setting against the Earth; the video was taken by Expedition 30 on board the International Space Station.